I meant to write some other stuff before I posted this, but it’s pretty much the only thing I talked about on this week’s episode of Empty Checking, so I decided to go ahead and post it now.  If you listened to the podcast, this is a rehash, but this one’s for the folks who can’t/won’t listen to it, but still want to know what I liked this year.  Plus, it just wouldn’t feel right not to post the Top 10 on the blog after all these years!  This year, I had a lot to choose from…  Here’s a photo of the complete collection of the new-releases I bought in 2017.

The top ten are in there somewhere…but so are a lot of runners up and a couple that I didn’t like as much.  I’m going to try to keep this as concise as possible. But as you can imagine…  Ahem…

Let’s get into it!  These are the 10 I liked best this year from 10 to 1 (album cover images lovingly stolen from Amazon): 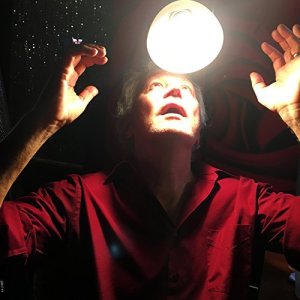 GBV released two albums this year.  For front-man Robert Pollard, they were respectively albums number 100 and 101 in his career (studio albums 24 and 25 for Guided by Voices).  I’m nowhere near familiar with his complete discography.  I’m probably only about 10-15 albums into the GBV discography, in fact. But I like what I have a lot and this album is a welcome addition to the pile.  Of the two albums GBV put out this year, I liked this one a little more.  The other album (album #100 – “August by Cake”) is great too, and I considered doing a “tie” entry for this slot, but I do like this one just enough to make it an entry unto itself.  The two albums combined create a good snapshot of the Guided by Voices feel, but if I were going to recommend just one of the two to someone who’s unfamiliar with them, it would be “How Do You Spell Heaven?”  Great album.

I’ve been an Old 97s fan since I found out there was an “alt-country” genre.  (It means “rock,” but the singer listens to Johnny Cash.) I’ve had the pleasure of seeing the band live on several occasions. They’re fun, they’re sloppy, and their songs are catchy as hell.  That’s a winning combo.  “Graveyard Whistling” embodies all of that fun and chaos. And Brandi Carlile shows up to sing on a song (“Good with God”), which is neat.  The video for said song (which does not feature Brandi, but does feature Jenna Fischer and Fred Armisen) is a good laugh mixed with a great song, and I recommend Googling it.  The whole album feels like it might fall apart at any time in the best way, and it’s probably the album I’ve liked best from the band since 2004’s “Drag it Up.” I keep singing songs from it 10 months after buying it…so here it is on the list!

This was one of the albums I really fell in love with this year, and it happened early on.  It’s got some fun, up-tempo stuff that will have you tapping your toes.  Finn could lean back and relax in his solo career, but instead he brings in the same life and energy he brings to his performances with The Hold Steady.  But just beyond the surface of that, there are also some real sleepy ballads that are deeply gripping–it’s the same energy…it’s just intensely whispered, rather than yelled.  The song “God in Chicago” is a song about falling in love with the sister of a dead friend while completing what was to be the friend’s final drug deal in Chicago. It gets dark…but there’s a lot of beauty in that darkness too. I’ve returned to this one a lot this year. 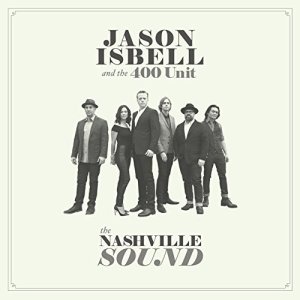 I’m a little surprised not to have this one somewhere in the top three.  But it has been a truly stellar year that puts what might otherwise be #1 records in the #7 slot!  “The Nashville Sound” has some instant-classics on it.  The first time I heard “If We Were Vampires” (a touching love song–no, really) I almost got teary-eyed.  Isbell can’t write a bad album.  That said, my favorite remains “Southeastern,” but this one looks pretty good sitting on the shelf next to it.  There are some songs on this one (“Anxiety,” “White Man’s World,” and the aforementioned) that have already become part of my personal life soundtrack, and there was no doubt…from the second I put the money on the counter at the record store, I knew it was in the top ten.

Yes.  The “Cult of Personality” guys.  But they’re SO MUCH more than that, and shame on you for not knowing it.  (Although you’re in good company.  The band themselves poke fun at themselves for being known for just the one song on this album.)  I like Living Colour a lot.  I go long periods between listens, but they also go long periods without putting out new stuff. After 33 years of being a band, “Shade” is their sixth album. So one can be forgiven for not being aware they’re still doing stuff…  But now that you know, you can’t be forgiven if you don’t pick this one up.  It’s got the infectious groove they’re known for.  It’s got the crazy guitar riffs they’re envied for.  It’s got the lyrics they’re respected for.
The songs on this album are (in places) racially and politically charged in ways most people don’t have the guts to attempt, and the anger and energy will work its way into your blood from moment one.  With songs about everything from the execution of Mike Brown on the streets of Ferguson to covers of songs by Robert Johnson (“Preachin’ Blues”), Notorious BIG (“Who Shot Ya’?”), and Marvin Gaye (“Inner City Blues”).  This album is all over the place, fun, crazy, emotional, and just fantastic.  Buy it.  If I were to recommend buying only one album off this whole list–for cultural significance alone–this would be the one.  (Which I know is weird since it’s at #6 instead of #1.) 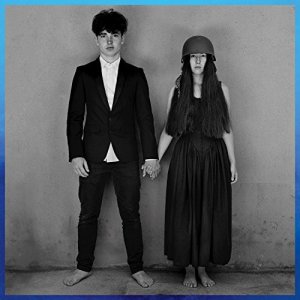 Well they’ve done it again.  U2 has made an album that is quintessentially U2, but is also a complete reinvention of the sound and feel of the band.  Again.  I don’t know how they keep doing that.  But they did.  The songs are instantly singable–you’ll be singing along on the second chorus of most of them.  The lyrics are moving.  In the same way Living Colour’s album made me want to fight, this album addresses the same issues and makes me want to talk.  Somewhere between the two, there are probably some answers.

I don’t know what it is with British guys writing better songs about the American experience than Americans do…but here we go with it again.  We may never get Ray and Dave Davies back on the stage to give us the Kinks reunion we’ve all been hoping for…but what we’re getting instead is stellar. On “Americana” Ray works with the Jayhawks and provides a story of an Englishman fleeing his parents living room and finding peace in the American plains.  Or California.  Somewhere.  Stylistically, the album is aptly named.  The songs are earthy and folky, lending themselves to the story Ray wants to tell.  And those stories are a joy to listen to. 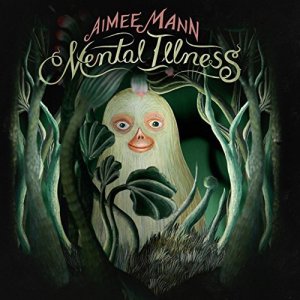 This is probably no surprise to anyone who knows my taste. Aimee Mann’s albums have consistently been finding my top ten list since 2008 (or possibly earlier–I can’t remember if “The Forgotten Arm” did or not, but it should have if it didn’t).  “Mental Illness” might be some of her best work, so putting it on this list is a no-brainer.  It’s beautiful music about dysfunction.  The lead single “Goose Snow Cone” almost made me cry the first time I heard it. The whole album is full of beautiful, acoustic-driven, lushly-stringed, elegantly layered vocal parts that warm you up while giving you chills all at once.  As I keep saying about Aimee Mann, she writes songs that make feeling screwed up feel a lot less lonely.  And I love her for that.

2. Manchester Orchestra – “A Black Mile to the Surface” 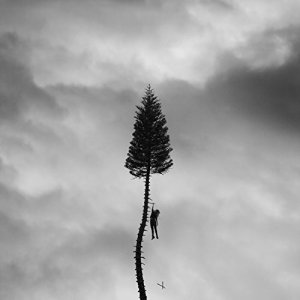 Wow, what a listen.  Manchester Orchestra found the top of my list with their album “Cope” a few years back. Although I eventually retconned that after discovering Against Me’s “Transgender Dysphoria Blues,” but I digress…  I was new to Manchester Orchestra at the time of “Cope,” and was blown away.  They then released “Hope” which was exactly the same song list, but stripped down to acoustic, softer, prettier versions.  I loved the first one but thought the second was an interesting experiment that ultimately felt like a cop-out to me–I didn’t even count it as an official album.  I wasn’t sure what to expect out of a new album as a result.  I knew they could be heavy.  I knew they could be delicately melodic.  What I didn’t know was that they could do both at the exact same time, taking the sum of their last two projects and releasing something wholly new.
Perhaps the best compliment I can pay this album is that in the days where everybody else is writing singles, Manchester Orchestra’s “A Black Mile to the Surface” is an ALBUM.  It sucks you in deep and you won’t want to leave the world they’ve built.  It’s a world I look forward to exploring for YEARS to come.

I don’t think I ever had a question in my mind about this one. It came out on February 17 and I think I’ve listened to it at least twice a month every month ever since.  From the first moment I played it, it felt like an old friend.  It’s great Americana/Rock music.  Songs about heartbreak and loss–who doesn’t love that?–and a tone that would have felt at home in the 70s, yet still manages to feel fresh today.  From the first moment I heard it to every draft of “possible top ten candidates,” this has been the first one to come to mind.  I don’t have much else to say.  This is very simply a great rock record that doesn’t pretend to be anything else.  So it’s #1.

This is an enormous list.  I’m pretty much JUST going to list them–with very few words following…  This is in no particular order–it is also not all of the other 34 albums I bought this year; just a few I wanted to mention.

Now that THAT’s out of the way… Here’s one last look at just the top 10:

Thanks for reading! And if I don’t see you before then, have a Merry Christmas!