Had a gig with the Feldman Group tonight.  I didn’t enjoy it very much.  I didn’t think it sounded good.  I thought we were off, that the mix with the new guy wasn’t gelling (no offense,new guy), and that overall it was really rough.  Weirdly, I think I was the only one that felt that way.  I’m not sure if that says more about our ability to pull off a good show despite the obstacles, or if it says more about my inability to enjoy myself in a new/difficult circumstance.  I’m starting to doubt my role in the group, to be honest (which I can say since Mike doesn’t read my blog).  I’m not quitting tonight or anything…but I do need to figure out how I fit in now, if I’m going to be hanging around.  I’ve had a few too many gigs where it’s been about the money, and music can’t can’t CAN’T be like that for me.

On the flip side of that, Blue Tattoo has been sounding great.  Better than we ever have, I think.  The gig next weekend should be excellent.  I’m looking forward to it.  Though I’m hoping the other guys don’t want to over-rehearse for it.  I’m hoping to only rehearse on Tuesday, but I fear that they’re going to force me to do another one.  I don’t like too much rehearsal.  I think it makes things feel stale.  I want to re-string my guitars on Tuesday night, break in the strings, and leave them alone until the day of the show…but I get the sense I won’t be able to do that.  I won’t piss and moan about it too much though…we all have our “process.”

The other guys seem a little nervous — which I get, since they don’t perform regularly.  They shouldn’t be nervous, though.  They sound great.  Me, I’m ready to walk on stage right now and give a good show.  It’s only a half hour.  In my world, that’s almost like blinking.  I’m ready, and I’m looking forward to it.  I wonder if anyone will be recording?  That’d be cool.

So…that’s how things stand musically at the moment.

I’d like to title this one either “What Could Have Been” or “Narrow Miss.”  Take your pick. 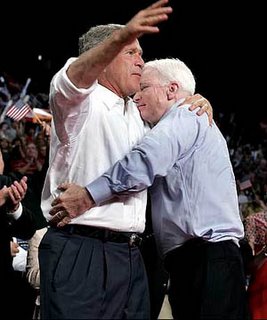 Single digits have never looked so glorious to me.  Political post forthcoming on the last day, btw.  Get ready to be pissed off if you’re not one of my Liberal readers.